Why Cities Need to Focus on Ecological Urbanism

"We should embrace nature’s millions of years of prototyping and build off that experience to build better cities while we are still able to make a difference." - Patrick Piuma

Walking around the familiar historic streets of Savannah, Georgia last year in June I found myself meandering under the dense tree canopy of Southern Live Oaks (Quercus Virginiana) found throughout the streets and squares, draped in Spanish Moss (Tillandsia usneoide). The humidity was stifling. The situation reminded me of a lifetime ago when attending the Savannah College of Art and Design (SCAD).

I started college a couple weeks after high school graduation, it was mid-June. On one of the first days there, I had just purchased about a dozen large sheets of heavy watercolor paper, sat them on the table in my dorm room, and went out for lunch. When I returned I found the sheets had curled, almost into a roll from the warm, thick air. Savannah summers are no joke.

As a 17 year old at SCAD I didn’t know what urban planning was. By the time I found myself in the square beneath the trees last year, I had studied and observed cities for more than 15 years. You cannot help but notice many new levels of detail in the built environment when you’ve been looking at them for that long. From small towns in Southern, Illinois like Makanda, nestled in the middle of a dense forest, to the bustling pedestrian streets leading to Dam Square in Amsterdam, there is always something that makes me pause.

Contemplating the fact that someone’s hands built or shaped almost everything around you in an urban area transforms the way you see things in a way that is hard to explain. Millions of decisions have been made over the course of a city’s existence, some monuments to human creativity, some stories of greed, others simply uninformed or short-sighted. Even nature has been manipulated no matter how natural it appears.

With my elevated sense of curiosity I noticed that, even though it was in the high 90s with a humidity that caused spontaneous rain showers, walking along the streets was almost pleasant. I was on one of my typical walkabouts, traveling for miles with a camera, guided only by whatever seemed to catch my interest at the time. This particular time I was heading south of the historic district. Everything was going well until I had to traverse several blocks without any real tree cover whatsoever. I’m not sure I can remember a time I felt that overwhelmingly hot. It took a quarter block to really start to feel the heat and by the time I had walked a full block I felt my shirt sticking to my back. The natural climate control of the Live Oaks was immediately missed and appreciated.

During my week in Savannah, there was an intense discussion regarding these century old trees in a neighborhood bar just off of one of the historic squares. There was concern that the lack of biodiversity and relatively similar age of the massive trees created an Achilles heal for the city. It would be hard to imagine living in Savannah if large swaths of the lush urban tree canopy suddenly disappeared due to a pest, hurricane force winds on old limbs, or other slow moving catastrophe.

Today, walking through the city I call home, Louisville, on a day where the heat index hit 110, I was reminded of Savannah and that stretch of treeless streets. Unlike Savannah, Louisville historically has not had the sustained high humidity and sub-tropical temperatures. However, on the radio this morning I had heard a news story about how the hotter, wetter summers are going to become the norm. Not new news really, but my mind started wandering around the fact that one other noticeable difference between the two cities is that Louisville doesn’t have Savannah’s current tree canopy, in fact it is not even close. The city as a whole has one of the worst urban heat islands (increased temperature in urbanized areas relative to adjacent rural land) in the country due in large part to insufficient tree cover. If we can pretty much count on more Savannah-like summers, our city will become a place that is hard to manage during several months of the year. If it is not an air quality alert day, it could be torrential rain.

We need to be thinking 100–200 years out with a mindset of urgency. Like the century-old Live Oaks in Savannah, someone had to dig their hands into the dirt and plant those trees more than 100 years ago. For our children and the generations to come, we need to be planting our urban forest… throughout Louisville… right now. We can’t be thinking of tree-wells, we need to be thinking of green corridors where the trees grow for hundreds of years, not a mere decade or two. We need to be thinking about rich biodiversity, not the easiest, typical street tree to source. And for the love of God, we need to do something about power lines. I personally don’t care that much about the visual clutter, what kills me is seeing a “v’d” tree (you know what I’m talking about), or meek little ornamental trees, or no trees at all, simply because power lines run above the sidewalk. Imagine shade trees spanning the roadways everywhere. It is not hard to imagine if you’ve ever walk along 2nd Street between Magnolia and Ormsby in Old Louisville. 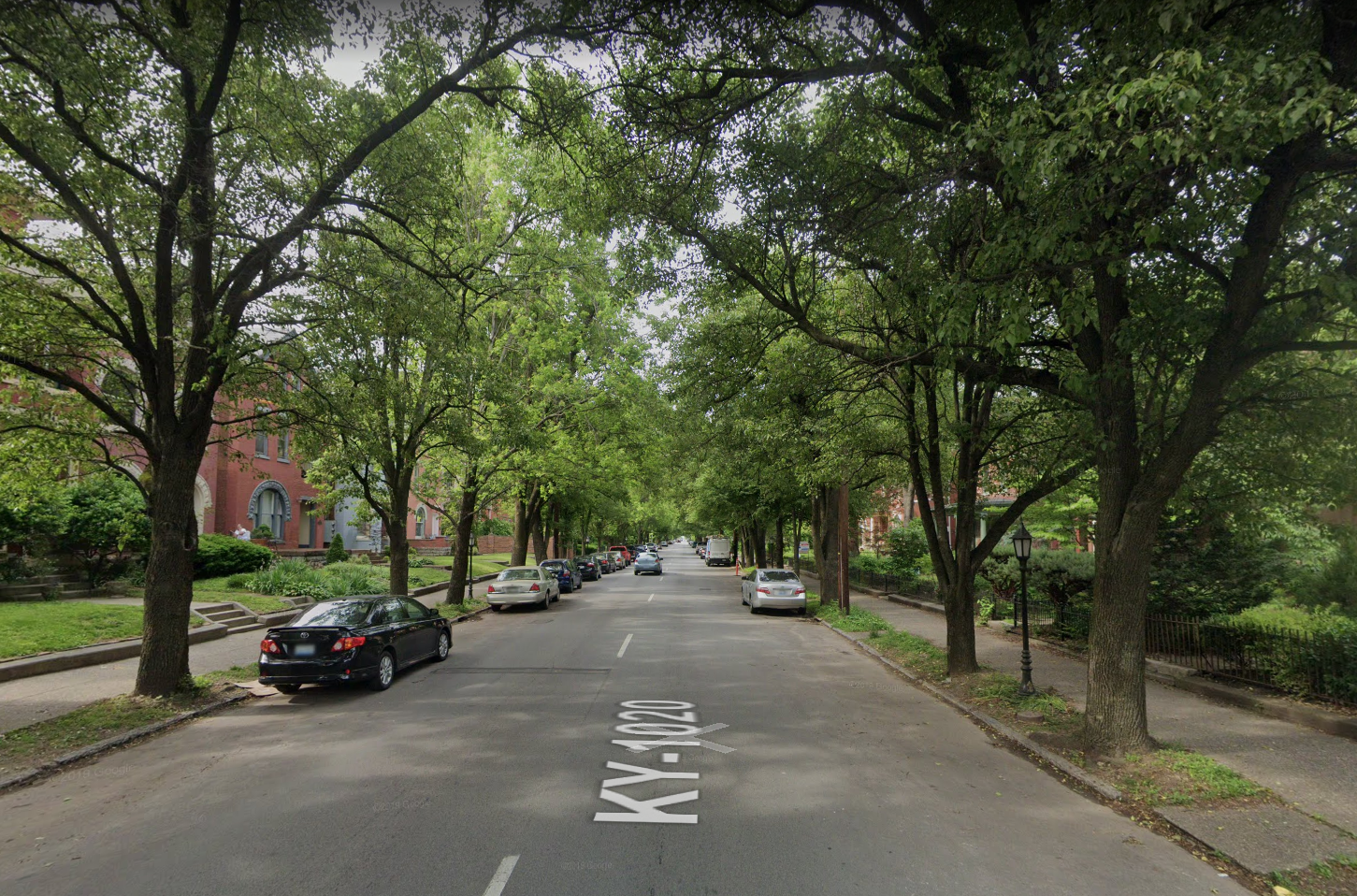 Second Street in the Old Louisville Neighborhood of Louisville, Kentucky

We need to plan for more and heavier rain. We need to look at our built environment from the vantage-point of the watershed. Our urban creeks shouldn’t be resigned to unfortunate channelized sewers because they will be expensive and difficult to fix and may take decades to accomplish. What are our priorities?

We need to become ecological urbanists, studying and observing nature and how it can have a hand in shaping cities. Until we recognize that we are but a blip on Earth’s timeline, we cannot expect to extend our run. This isn’t coming from an apocalyptic viewpoint. Climate research tells us the world is going to get hotter. Should we roll the dice and hope scientists are wrong, or prepare and, at the same time create more pleasant and healthy communities now. Humans are capable of amazing things, and most of those things have taken decades if not centuries to develop, building on previous knowledge, discovery and effort. Technological breakthroughs don’t have to be adversarial to nature. Some of the most interesting recent discoveries have come about by observing how nature, which has been developing and weeding out poor ideas for a millennia, does what humans are trying to do through biomimicry. As one example, think of the explosion in drone technology and how that relates to insect movement like that of the dragonfly.

Ecological urbanism should be integrated into planning and development of cities, not a check-box for developers to get incentives or simply be used for marking purposes. Building a regenerative relationship with nature will take time. Policies need to be thoughtfully crafted to help foster this connection. This can be an exciting time for innovation in cities and lead to a better future. We should embrace nature’s millions of years of prototyping and build off that experience to build better cities while we are still able to make a difference.